I have arthritis. In all likelihood so does someone you know or love.

50 million adult Americans have it.

Yet, for a condition which affects so many of us, it’s very poorly understood.

For example, did you know that there’s no such thing as “arthritis”? That it’s a catch-all term for more than 100 different conditions with similar, but not identical, symptoms?

There are almost no predictive factors for arthritis sufferers. They come from every age, gender, race, and background.

It is true that women get it more often than men and that older people get it more frequently than younger people, but it doesn’t help us work out who will suffer and who will not.

This is the painful truth about arthritis and you need to know what you are facing before we can talk about the pain of arthritis.

The Symptoms That Make Up “Arthritis”

Arthritis tends to affect the joints of the body. While many people get it in their fingers or toes, it can afflict any joint. So, for example, I have arthritis in my knees, but my fingers are just fine.

Symptoms do vary with types of arthritis but it’s fair to say that they include, in general terms, inflammation and swelling, pain (from mild to major and from acute to chronic), stiffness and often a lack of general mobility in the joint.

Curcumin Is Great For Arthritis, Find Out More Here

The Maximum Effects Of Arthritis

The most severe forms of arthritis leave people in chronic pain. That’s exactly how it was for me and my knees and it’s taken a long time and a concerted effort to bring that pain under control.

It can even cause permanent joint deformation and damage. That means that you can see the damage on an X-ray, you get stubby nodes around the joints.

In some, rarer, cases arthritis may also affect tissue and not just the joints. It’s possible for it to have an impact on the heart, the eyes, the lungs, the kidneys, and skin.

The Most Common Types Of Arthritis

With over 100 forms of arthritis, it would take a long while to write down all the different types and it would just be confusing. It’s better to break the condition down into bigger “types” instead. So let’s take a look at the most common forms of arthritis and what they do: 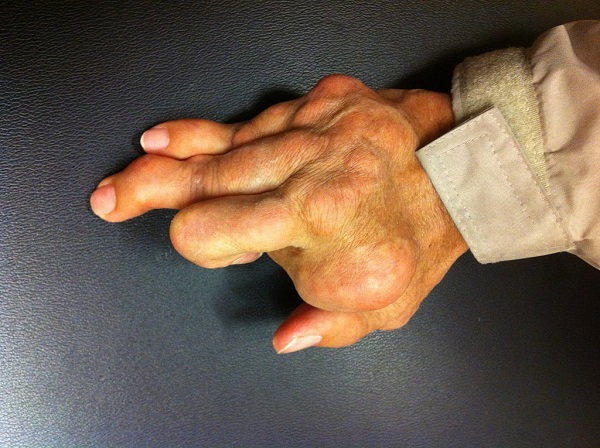 By far the most common form of arthritis is osteoarthritis. This is a degenerative condition which is caused by the cartilage (a protective layer on the ends of your bones) wearing away. Then the bones rub against each other without protection. This causes them to become damaged. In turn that gives you pain, swelling, and stiffness.

While “arthritis” as a whole may not have any risk factors, osteoarthritis does. Excessive body weight, a family history of osteoarthritis, old age and previous damage to your bones can all increase your chances of contracting it.

The good news is that because it is the most common form of arthritis, it is the best understood when it comes to managing the condition too.

It’s worth noting that the best preventative measures for osteoarthritis are eating a healthy diet and remaining fit and active whilst steering clear of activities which could cause severe injury.

Have You Considered CBD Oil For Your Arthritis Pain? Get A Free Trial Now

When our immune systems function properly, they protect the body against invasion from outside threats such as viruses and bacteria. Unfortunately, the immune system is a complicated machine and just like any complex machine – it can go wrong.

For inflammatory arthritis, the immune system is fooled into thinking that the joints are the enemy. This triggers huge amounts of inflammation and not only erodes the joints but can also affect the organs.

If you have inflammatory arthritis, the best you can do is to get it diagnosed and treated early. The longer you leave it, the worse it becomes.

This form of arthritis is triggered by an invading organism such as a fungus, bacterium or virus causing inflammation of the joints.

In most cases, this can be treated using antibiotics but in some cases it cannot and then there’s a risk of a chronic, long-term infection.

The most commonly known metabolic arthritis is gout. It is caused by the body failing to break down chemicals known as “purines”. This, in turn, causes uric acid to build up in the joints which can cause extreme pain. The best way to treat gout is to avoid food stuffs that contain purines.

How Is Arthritis Diagnosed? 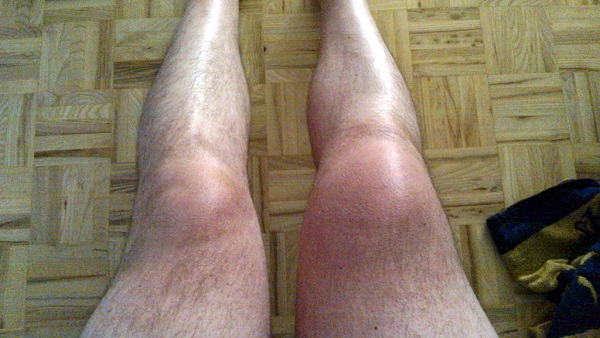 The best person to diagnose arthritis is your physician. They may not have all the answers and may refer you to a specialist to determine the exact cause of the condition, but they are the right place to begin. In extreme cases, there may also be a need for an orthopedic surgeon to intervene with severe bone damage.

What Can I Do If I Have Arthritis?

Well, it depends on the form of arthritis and your own willingness to change your lifestyle. I’ve had to make some fairly dramatic changes in my life to deal with the pain in my knee but it was worth it and I can manage effectively now.

It’s highly likely that so can you and from next week, I’ll be looking in greater detail at what you can do about arthritis to lead a pain-free life.

Can’t Wait For Next Week? Then Why Not Try CBD Oil Today? It’s Proven To Help With Arthritis Pain