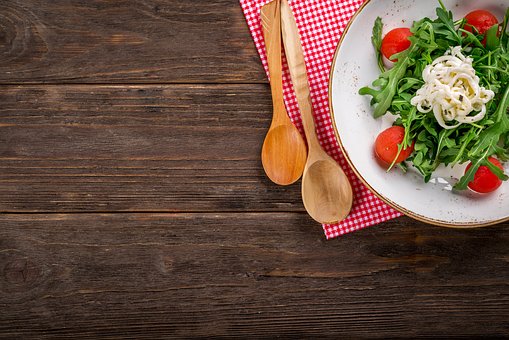 We know that many people want to try CBD oil but aren’t so keen on the taste when taken sub-lingually and they don’t want to start smoking.

So, we asked our friends at Kitchen Authority if they could whip up some ideas where you can use CBD oil in ordinary food.

Here’s what they came up with:

If you want to make a nice herby pasta, you can easily lose the taste of CBD oil in it. In fact, we found that oregano and cilantro could even mask the heady taste of unrefined CBD oil; that means it’s cheaper and easier to cook with. However, on the flip side, you will need to use a little more oil to get the desired effect. This was particularly yummy!

CBD Oil In Soups And Sauces

This is the most obvious way to get CBD oil into your meals.

Strangely, CBD oil has some emulsifying properties and you can use it as a thickener in many sauces.

We also found it worked nicely in piquant and strong flavor salad dressings.

At a pinch you can also mix it with your favorite hot sauce or BBQ sauce and you won’t notice its presence at all apart from the pain relief.

Whenever I need an energy hit, it’s the smoothie that I turn to and we found that smoothies are also an excellent way to mask the CBD oil.

I found a nice banana and honey smoothie was well complemented by the herby taste of CBD oil and also that a strong vegetable taste such as broccoli could make the CBD tang disappear completely.

Just don’t overdo it on the sugar when you make smoothies.

Not to be confused with marijuana brownies, which are also quite popular I’m told, CBD oil brownies will take away your pain but they won’t leave you high or in fear of arrest for breaking drug laws.

The strong chocolate of a good brownie will completely subsume that CBD oil taste.

Let’s be fair about this. A good curry is strong enough to overwhelm pretty much any other taste.

So, if you really feel you can’t get rid of the taste of CBD oil; it’s time to fire up the tandoor and make a great rogan josh.

Oddly, I also find that Thai curries do a particularly good job of sending that CBD oil taste packing.

So, get the coconut milk in and start making curry!

CBD oil is an effective pain reliever but there are people who just don’t like the taste.

So, don’t start smoking it (we don’t really like smoking – though many people find it an effective way to consume CBD oil), start eating it in other tasty dishes instead.

How To Speak With Your Physician About Using CBD Oil

5 Things You Should Know About Cooking With CBD Oil

How Can I Deal With Chronic Back Pain?

Could My Chronic Pain Be All In My Mind?